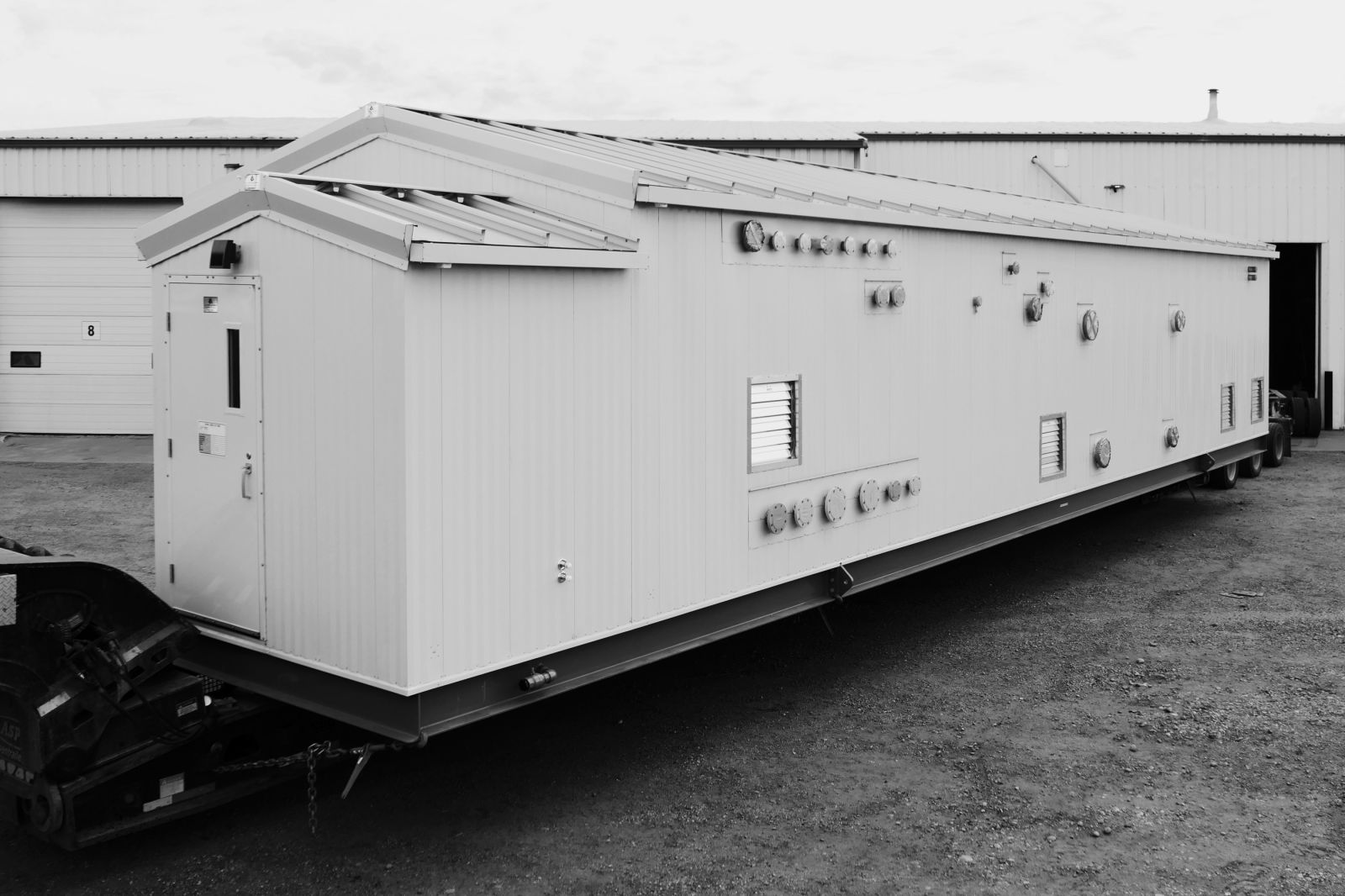 In September 2019, Vahterus supplied PSHE 8/6HH460/1/1 unit, a critical-charge combined ice-rink chiller, to Ultimate Fabrication Inc, located in Edmonton, Alberta, Canada. The unit was commissioned in October 2019 and it has been running as a part of new cooling system for Cabin John Ice Arena in Rockville, Maryland, USA. The Vahterus PSHE Combined Chiller (a chiller with an integrated separator in one shell) was a key component in the upgrade project of the NHL and studio-size ice rinks in the Cabin John Ice Arena.

This single heat exchanger solution was designed with two different-sized (separate) plate packs, using one common NH3 chamber. The larger plate pack was designated to cool the NHL-sized arena, with the smaller plate pack providing cooling for studio-size rink. Each plate pack chilled different flow rates of ethylene glycol from -7.5°C (18.5°F) to -9C (15°F), with the NH3 evaporating at -12 °C (10°F). This novel installation allows the rinks to run either independently or consecutively, providing a compact and cost-effective solution for the end customer.

The chief designer of the cooling system was Art Sutherland of Accent Refrigeration, a natural refrigerant advocate, who has been working together with Vahterus for over a decade.

‘We designed the system to optimise both electrical efficiency and thermal efficiency’, said Sutherland, ‘as well as totally eliminating thousands of pounds of high GWP and ozone-depleting refrigerant. By removing all the equipment from the former indoor machine room, more valuable building space would become available.’

The system that was removed was a direct refrigeration system with over 3,630 kg (8,000 lbs) of R-22 inside the public space. With the new Vahterus low-charge system, the arena facility now has less than 225 kg (500 lbs) of ammonia in a self-contained machine room outside of the public space.

This new cooling system was designed with an environmental gain in mind, not only by switching from R-22 to ammonia, but also by maximising electrical and thermal efficiency. Key to achieving this was the fact that the entire design concept embraced technological advances. Change can often bring uncertainty and fear, but as can be seen in this case, with the correct design and the right components, the operational and environmental gains are considerable.

Vahterus Combined Chiller inside the arena package. The new cooling system was designed with an environmental gain in mind, not only by switching from R-22 to ammonia, but also by maximising electrical and thermal efficiency.

Get in touch with our team

Please leave us your contact information and we will get back to you as soon as possible.

Thank you for getting in touch!

We appre­ci­ate you con­tact­ing us!

One of our col­leagues will get back to you shortly.

Have a great day!